I’ve always been a fan of Sooner football although I didn’t go to college at the University of Oklahoma.  In fact, I specifically recall cheering for OU during that one game that one time where that one guy made a touchdown at the end and the sooners won.

“What game was that again Dear?”

“Well, do you mean in 1977 when Uwe von Schawmen kicked a 42 yard field goal with three seconds left to win the game against Ohio State?  Or the game in 1986 when the tight end, Keith Jackson, caught the 71 yard pass from Jamelle Holieway for a touchdown when the Sooners beat Penn State in the Orange Bowl. ”

ummmmm.  yeah, that’s the one…

Obviously my husband knows a little more about the actual OU football games than I do.

Anyway, now that I have my own personal connection to OU, I’m finding that I enjoy going to football games more than I ever have.  So in honor of Sooner Magic and OU’s win over Missouri this past Saturday, I would like to share my ten favorite things about OU games.

2.  burgers from the engineering building

3.  listening to the band warm up by the union 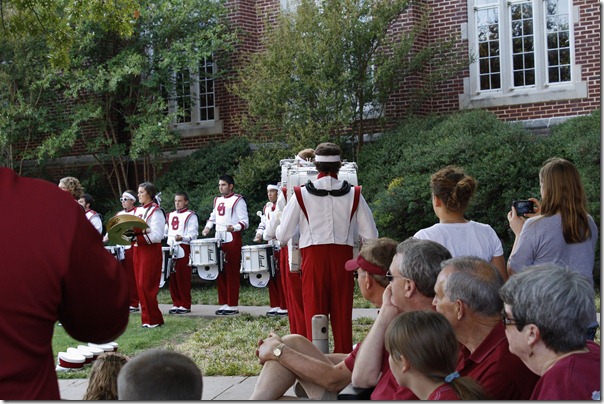 4.  the pre-game show and video (yeah I bleed crimson and cream now) 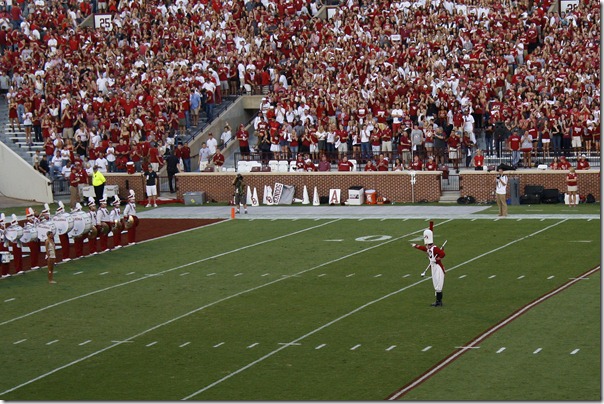 5.  the chant rolling on and on 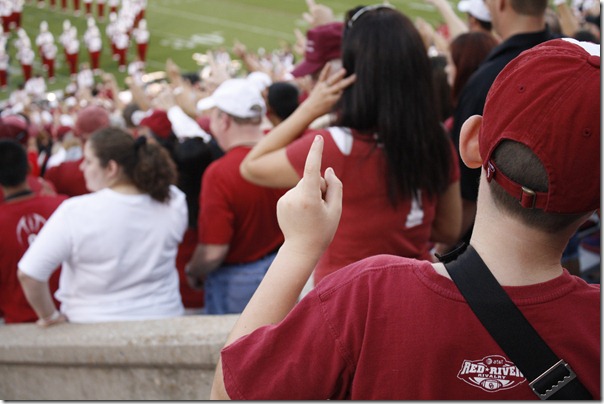 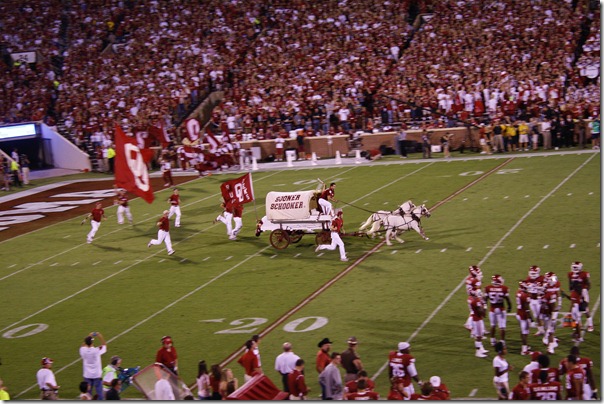 9.  hanging out with friends and family