Breakthrough (n): 1) an act or instance of moving through or beyond an obstacle 2) a sudden advance especially in knowledge or technique

I started out in yoga by taking a beginners’ class that was given at a local PT clinic, and since then, I’ve taken a variety of classes either at yoga studios or practiced at home following DVD’s/YouTube videos. Most recently though (the past four months), I have been taking classes at a local yoga studio in the mornings. Which even though I’ve been practicing yoga for nearly 20 years, this is my longest stretch of regularly practicing at any one place.

So this past Tuesday, I was at my morning yoga class – the focus of that particular class was hips, so during the course of the class we were guided through movements and postures to allow more strength, flexibility, and openness to the hip joints. As we progressed through class with sun salutations and lunges and warrior poses, we eventually arrived to the more intense hip openers, starting with Utthan Pristhasana (or Lizard Pose). From there, the instructor offered more variations including airplane arms and the advanced option of Eka Pada Koundinyasana.

For what it’s worth, in the yoga tradition, there are a lot of physical reasons for doing hip-opening sequences including the easing of back pain and increasing circulation in the legs. But it is also believed that we tend to hold stress and negative emotions in this pelvic area of our bodies even going so far as to consider it a sort of emotional junk drawer.

Anyway, for the record, because I’ve been practicing yoga for so many years, I am **fairly** flexible in my hips, but much more so in my left hip than my right. And on Tuesday, while I was in Lizard Post on my left side, I started to explore the possibility of moving towards the more advanced options. That’s when the yoga instructor came over to me and said, “Kelly you are almost there. See if you can raise your foot up the tiniest amount.” So with her standing next to me, I managed to raise my front foot up about an inch off of the ground for a few seconds. And in that brief moment, I felt something give way deep inside my hip joint – not like the ‘pop’ that I sometimes get in these kinds of poses – but a a tiny bit of opening that I had never experienced before.

Like I said, I’ve been coming to this yoga studio for a few months now, but this past Tuesday was the first time (ever) for me attempt to move deeper toward a more advanced posture. And there are a couple of reasons for that…the first of which is my fear of pain and physically hurting myself.  Practicing yoga works deep into parts of the body in places that we don’t typically access in the course of our everyday lives. And in the case of our hips, these are complex joints with complex muscles, tendons, and ligaments.

The second reason I don’t usually try more advanced postures is purely my vanity…the fear of looking stupid or making a fool of myself. As a self-proclaimed perfectionist/overachiever I typically don’t like to try things that I don’t already think ahead of time that I will be successful at.

But something happened Tuesday, and thanks to the encouragement of my yoga teacher, it gave me the little boost of confidence that I needed to push myself just a little harder. And the most amazing part of this entire experience was feeling that breakthrough in my yoga practice. Trust me when I tell you that I was no where near the full expression of the pose, but just moving the tiniest big closer to it sent a wave of energy throughout my entire body to the point that I was shaking and felt like I could cry. 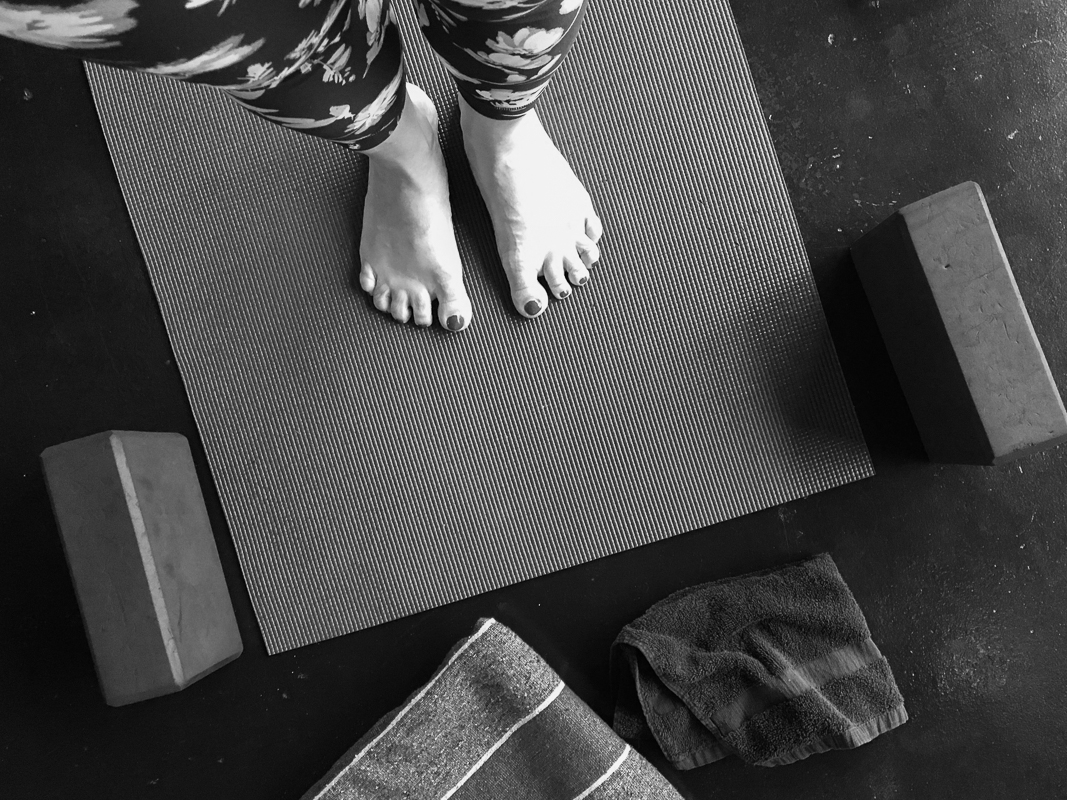 OK. I know…right now you are rolling your eyes because this all sounds a little ‘woo-woo’. I get it. In fact, I’m a little nervous to share this with you because it’s even kind of ‘out there’ for me.

But the reason I decided to share this experience with you is because this breakthrough? Well, it’s not just in yoga where I’ve been feeling stuck. My breakthrough in yoga has inspired me to push a little harder in other areas of my life – especially my creative life. Because, just like with my yoga practice, the biggest obstacles to going deeper have been my fear of getting hurt (i.e. rejection, criticism) and my fear looking foolish.

I’m also sharing this with you because, if perhaps you are feeling a little stuck too, would you allow me to offer you some encouragement? Let me give you a little boost of confidence? Can you push the tiniest bit harder?

Don’t worry if you’re nowhere close to your goal. Just as with yoga, it can take months to acquire the strength and flexibility to attempt these poses. Even years! With lots of bus stops along the way! But the important thing is that you keep showing up to your mat. Keeping doing the work. Stay on the path.

Because the truth is that you are closer than you think.

Thursday in Photos 📷 Every year I’ve done We