I often think of God as The Master Gardener which was the case in this blog post from June 2013. And as someone who has benefitted from His tender and loving care, let me assure you that nothing makes Him happier than to see you bloom and grow in His garden.

So I wanted to show you the latest addition to my garden. 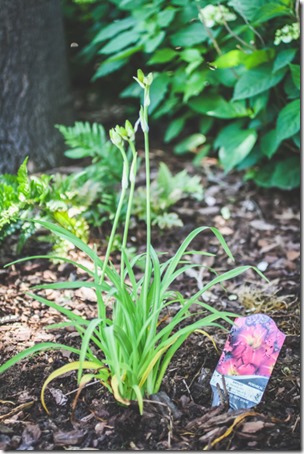 She just bloomed for the first time yesterday, and I was so excited that of course, I had to take her picture. 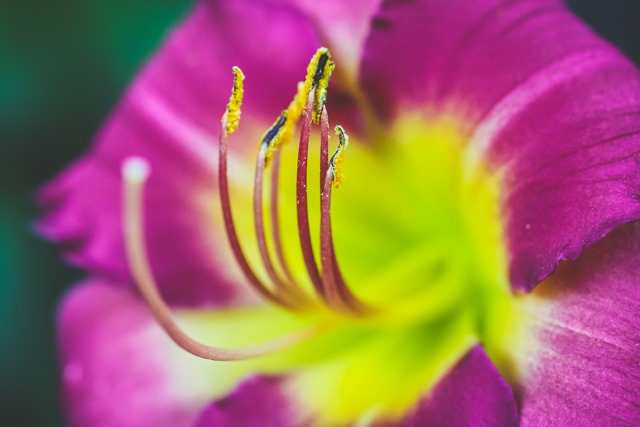 Isn’t she so pretty?

I bought this beautiful daylily, Hemerocallis ‘earlybird cardinal’, a few weeks ago. I had stopped by Ted & Debbie’s to get my caladium bulbs for the front yard. And while I was there, I did a quick walk through their perennial section looking for something to fill a bare spot in one of my flowerbeds in the back. That particular spot gets a little bit of sun early in the day and dappled sun the rest of the time, so I thought a daylily would be a good choice.

I had actually bought this pretty girl for her beautiful plum/magenta color but when i got up close yesterday I couldn’t help but notice the way her petals curl backwards. Isn’t that so neat? 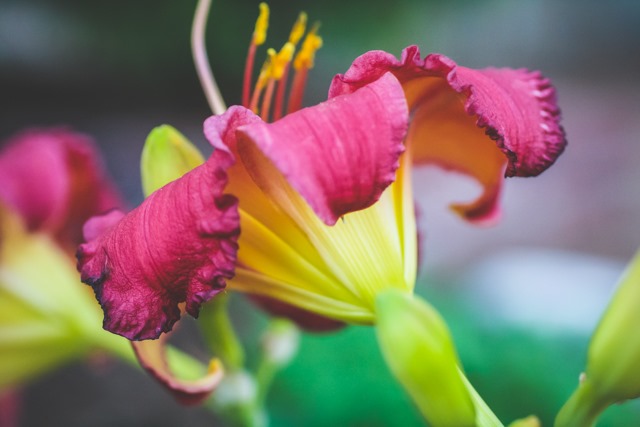 When I brought her home to plant, I really had to work on getting her out of her pot. Apparently she had been in the nursery for quite a while, because there were lots of little roots growing out of the drainage holes in the bottom of her little four inch plastic pot. So the first thing I had to do was snip all those little roots off.  And then, when I was finally able to pry the plastic pot away from her, I found a tangled mess of roots inside. 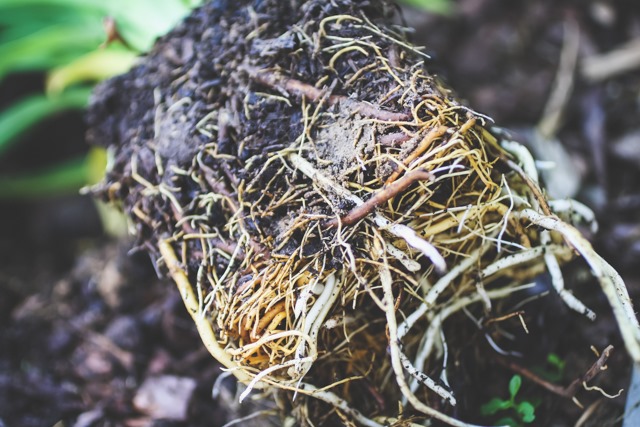 She was totally root bound.

It was a good thing that she had all those good, strong roots. But the problem with being root bound, is that if I had just planted her in the ground like that, her roots would have just kept growing in that same tangled, circuitous path. Around and around. And because of that, she’d never really grow into her full potential.

As a seasoned gardener, I know that being root bound is a problem that is fairly easily solved. So the first thing I did was push into her tightly wound root ball with my shovel just to loosen things up a bit. Then it was just a matter of pulling apart the roots a little to free her from the confines of that too-small pot. 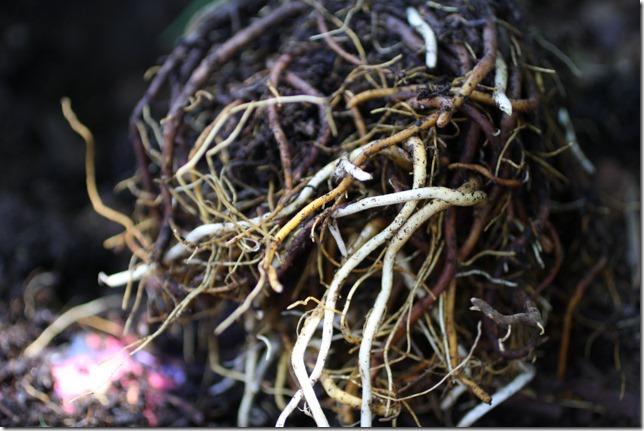 Next, I carefully placed her into the hole I had dug. I took a few minutes to make sure the roots were spread out and then I filled the hole (which was about twice the size of the root ball) back with good, fertile soil. Once that was done, I sprinkled a little fertilizer around the base of the plant. And then as a final step, i watered her deeply.

And now here she is. Settled into her new spot. Growing and blooming. Such a joy to see that. Experience that. 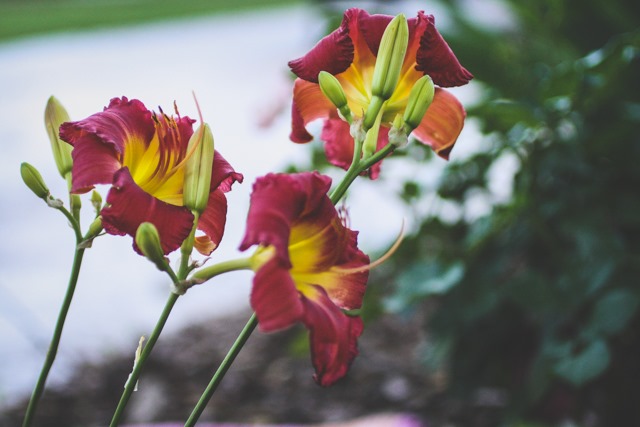 I can tell you from personal experience, friends, that being root bound is not a condition that applies only to daylilies…it even applies to not-so-empty-nesting mommas.

As I was planting my new daylily, I was thinking about those months leading up to and right after Kelsey went away to college. All the ways i was root bound. Outgrowing my too-small pot.

But in the loving hands of God, my Master Gardener, all of that changed. He removed all those extra attachments that I had made so that he could get access to my tightly tangled roots. And then with a firm, but gentle hand, He opened my heart…He loosened those places where I had bound myself so tightly to fit inside the too-small pot that I had created for myself. He untangled the mess…the beliefs I had about who I was and what I could do. And then He created a place for me and planted me in a bigger pot with plenty of room to grow. And then as a final step, to help me in my new, bigger space…he poured out His grace over me. So much grace….His root drenching, thirst quenching, soul filling grace.

Today as I watched my new daylilies sway in the breeze, I though I might celebrate God’s grace. Maybe even bask in it for a moment. 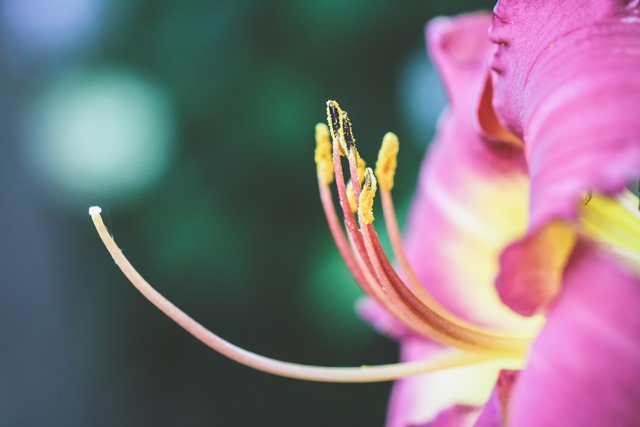 And possibly remind you that if you feel the work of the Master Gardener in your life, don’t be afraid. I know that it can sometimes be painful, but trust Him. Let him tend to you. And heal you. Let him pour out his Grace on you. Because you are His delight and His joy. And He can’t wait to see you bloom.