hello friends.  how are you? how was your weekend?

i know it’s been a few days since i posted. and because i know that you’ve probably been on the edge of your seat wondering what kind of crazy nonsense i’ve gotten myself into, i thought i’d share with you some of the highlights of the past few days.

so this past friday kelsey and i painted her bedroom.  previously it had been painted a bright green which was fun, but mostly a color scheme that only a fourteen year-old girl could appreciate. 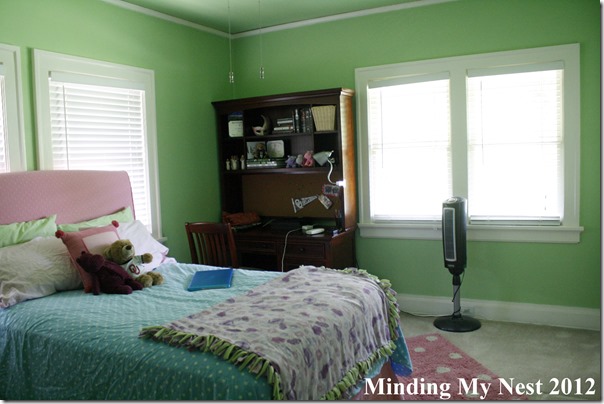 last summer she and i went through and got rid of a bunch of old toys and knick-knacks that she had outgrown. and so this summer we decided to paint it and decorate it to suit her young adult tastes. 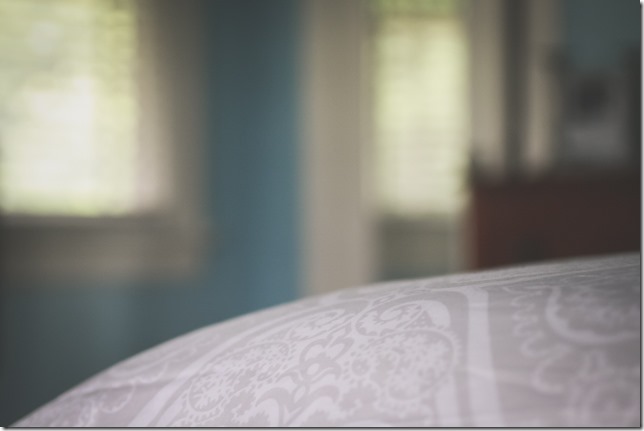 the color is a beautiful robin’s egg blue and her new comforter is just so perfect – modern and chic with a bit of whimsy – just like her.

well so i will tell you that the painting went off mostly without a hitch.  i may have to get a few chiropractic adjustments for my neck (painting ceilings is a bitch for short girls), but that’s to be expected i guess.  the only slight ‘issue’ we encountered was with a precariously placed *almost* empty can of paint.  you might say that it looked like a smurf had been murdered.  and after nearly an hour of cleaning the carpet with just about every chemical i could find in my arsenal under the kitchen sink AND from tripp’s workshop, i was able to finally get the blue paint stain out of the carpet. and since i had the steam cleaner out, i figured i might as well do the whole carpet. which i did.

sidenote: i think that ‘might as well’ might be the most costly, labor inductive, frustration generating, time sucking phrase on the planet.

anyway, just about the time i got the carpet cleaner put back together and the cord wound up…

…riley decided that he needed to shall we say ‘christen’ her carpet.  in much the same way that he likes to ‘christen’ the grass in the place where tripp just finished mowing.

because this is my life people.  only me.

so kelsey’s carpet got cleaned twice.  which is really all i have to say about that.  except that it’s a good thing riley is so cute.

ok.  what else can i tell you about the weekend.  let’s see, tripp and i went to the farmers’ market on saturday.  we bought six ears of corn from the weber’s farm folks, three yellow squashes, another quart of blackberries, and one bunch of flowers.  and then i cleaned house. all day. 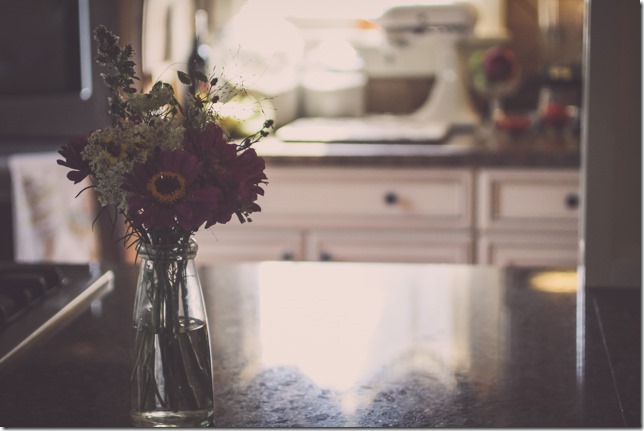 and then i drank a half a bottle of wine while watching tripp cook burgers on grill.

oh…i almost forgot to tell you and the big drama!  on sunday we made a shocking discovery! get ready friends.

ok so do you remember when i told you that we bought a peach tree? 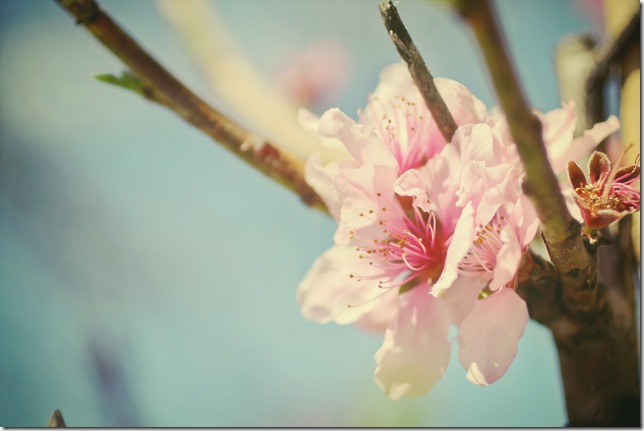 well so when we got it, it was covered in blossoms, and peach blossoms = peaches.

anyway, we ended up with about a dozen or so peaches on our little peach tree.  and we were so excited. they started out about the size of an almond and had grown to the size of a small plum. but get this…saturday after tripp got done mowing, we went over to check on our peaches and {HORROR} there was only one peach left!!  and then to add insult to injury, by sunday the last peach was gone! 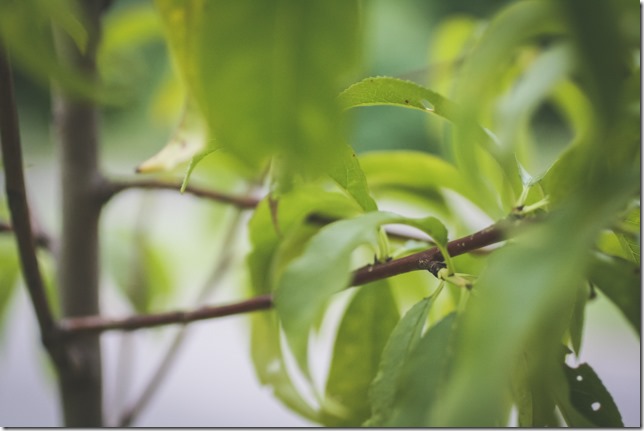 so we have a MAJOR whodunnit on our hands. i don’t think it’s humans stealing them because they weren’t ripe. who wants an unripe peach?  and i don’t think it is the birds because it’s not like there were little chunks left under the tree or peck marks on the fruit (like there has been on my tomatoes).  so i’m guessing squirrels??  has this ever happened to you??

anyway, in spite of that drama (still don’t think tripp has fully recovered), sunday wasn’t a complete loss.  actually it was pretty freaking awesome.  because you see my friend kim got tickets to see Alabama Shakes who were in town playing at the cain’s ballroom. so she invited me and two other of our friends to go with her.  which omg. it was so fun.  we had a little picnic on the guthrie green before hand. 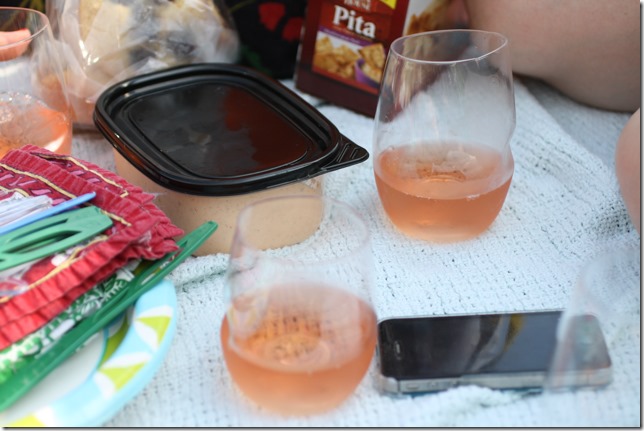 and then the concert was so great.  to be honest i wasn’t really all that familiar with their music. but kim made me a CD and i listened to it all week prior.  totally love their sort of retro vibe.  here’s a link to a video of one of their big hits.

it felt so cool to be at that concert around all the hip, music crowd…well i guess as cool as a middle-aged woman having a hot flash can feel.

anyway, so there’s a little bit about the weekend.  and i think i’m going to wrap this up now because #1) i stayed out until 11:30 last night which is really late for this hormonal momma and #2) i missed the real housewives last night and kelsey and i have some catching up to do.

hope you had a wonderful weekend friends. xoxo