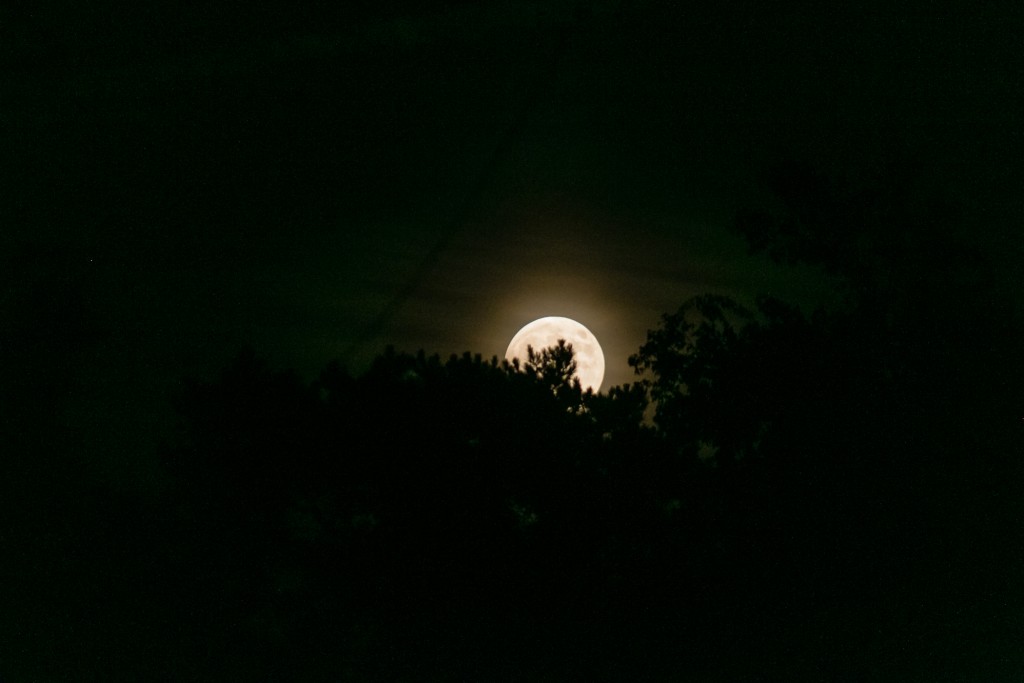 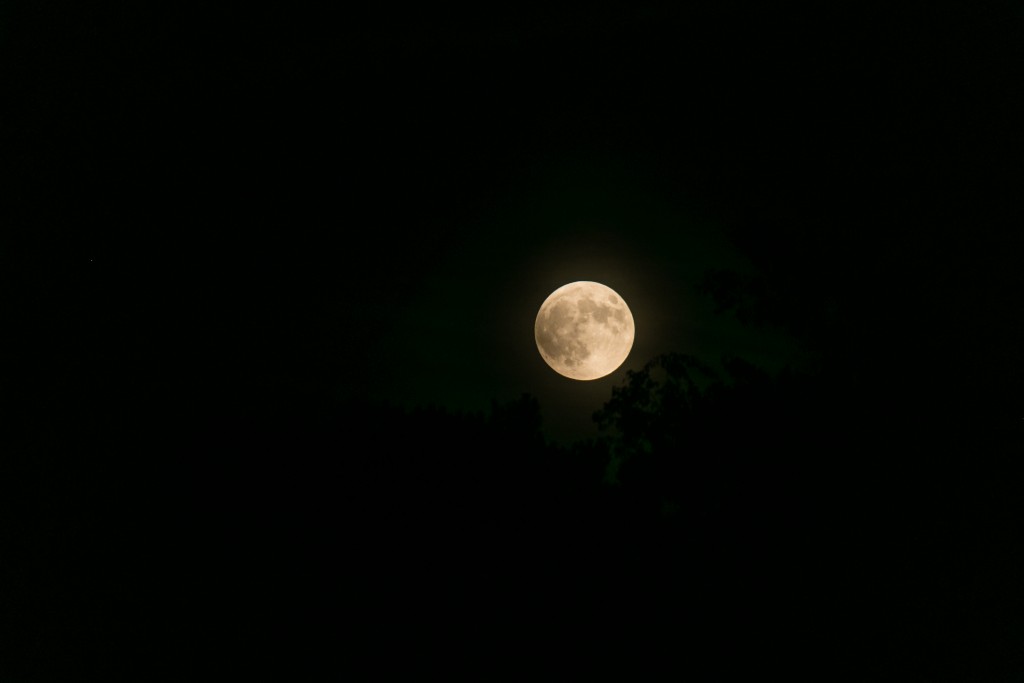 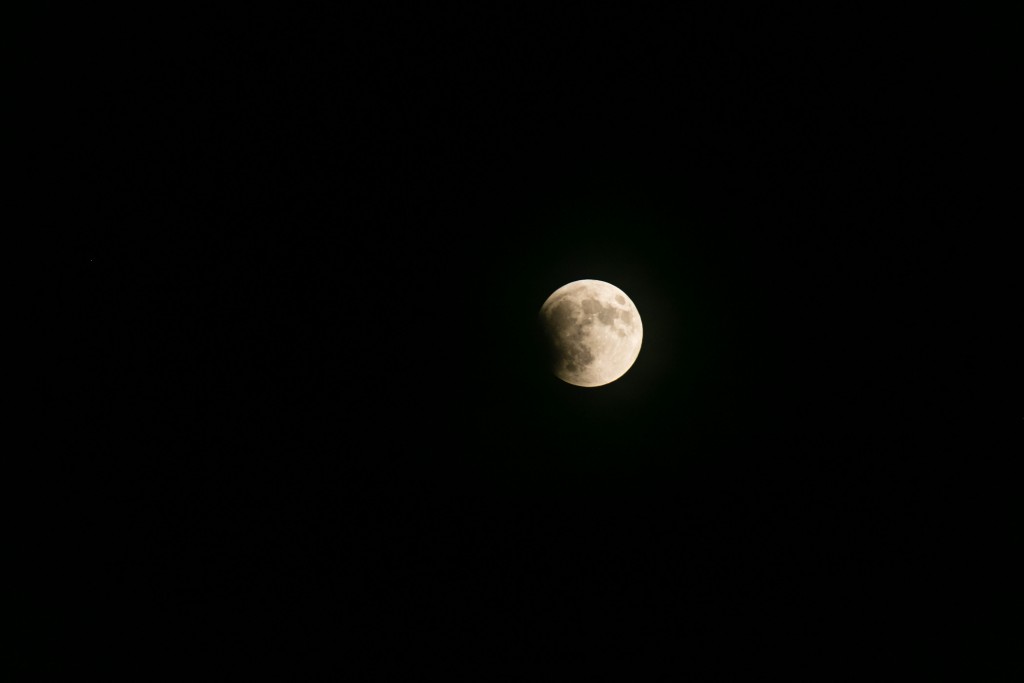 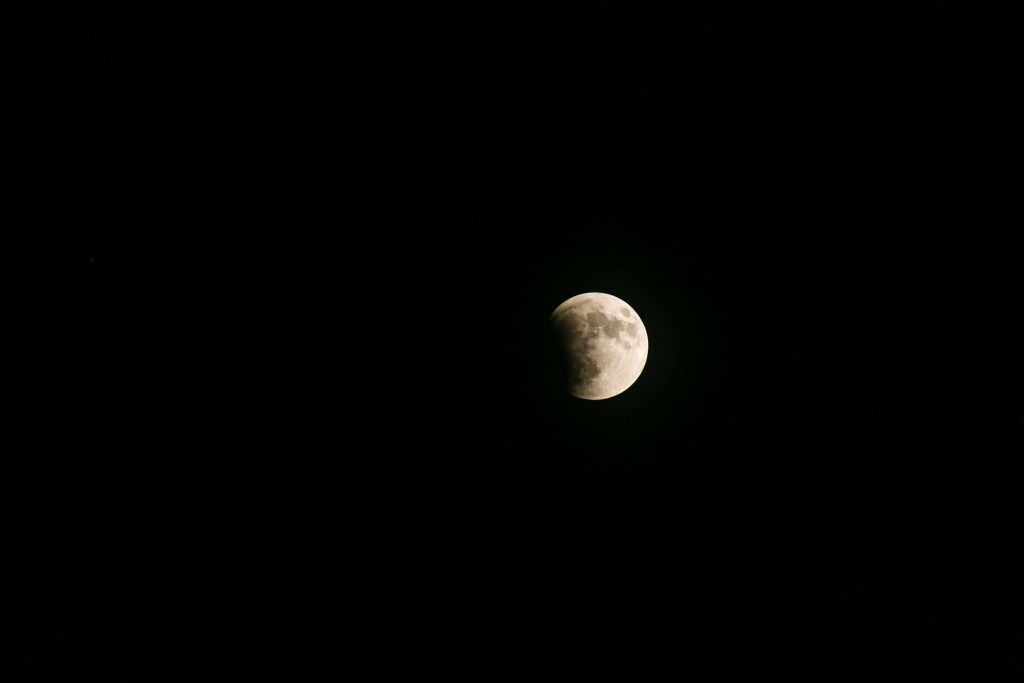 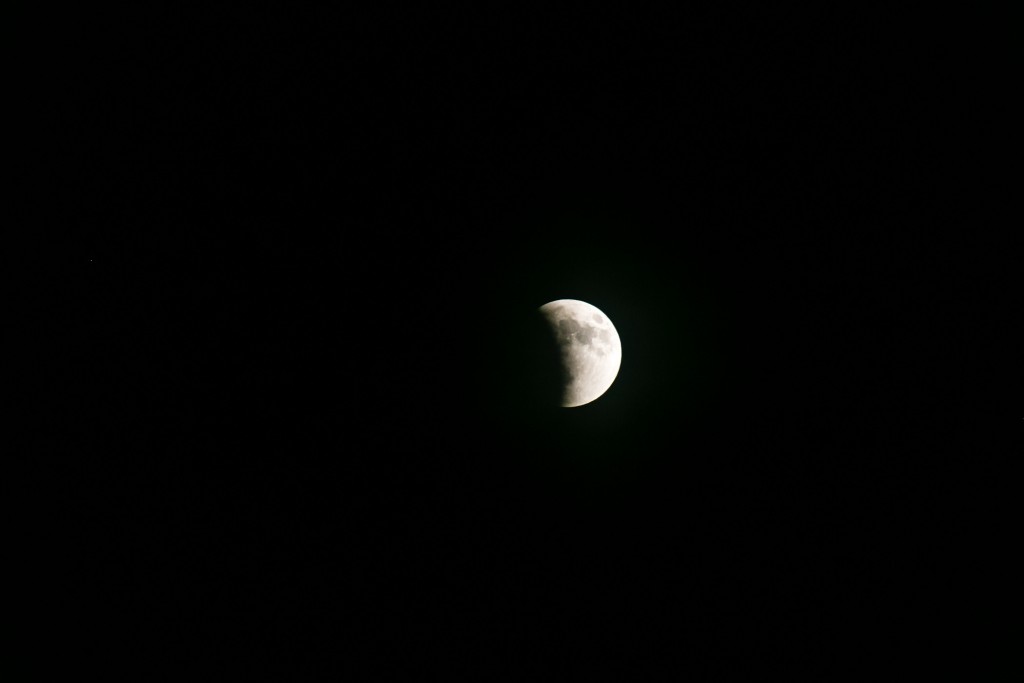 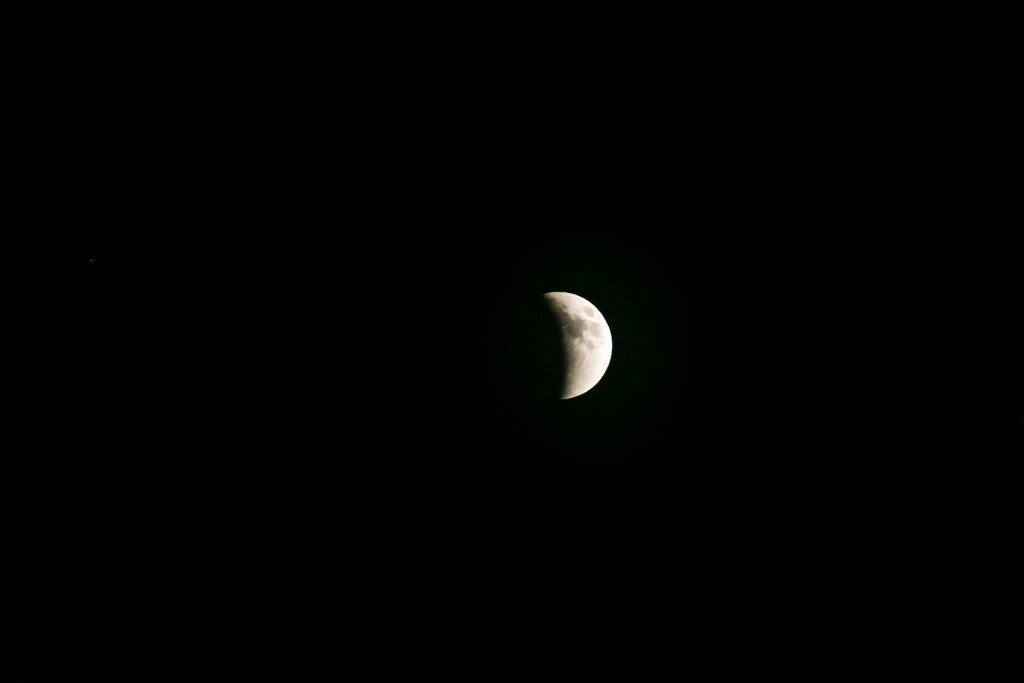 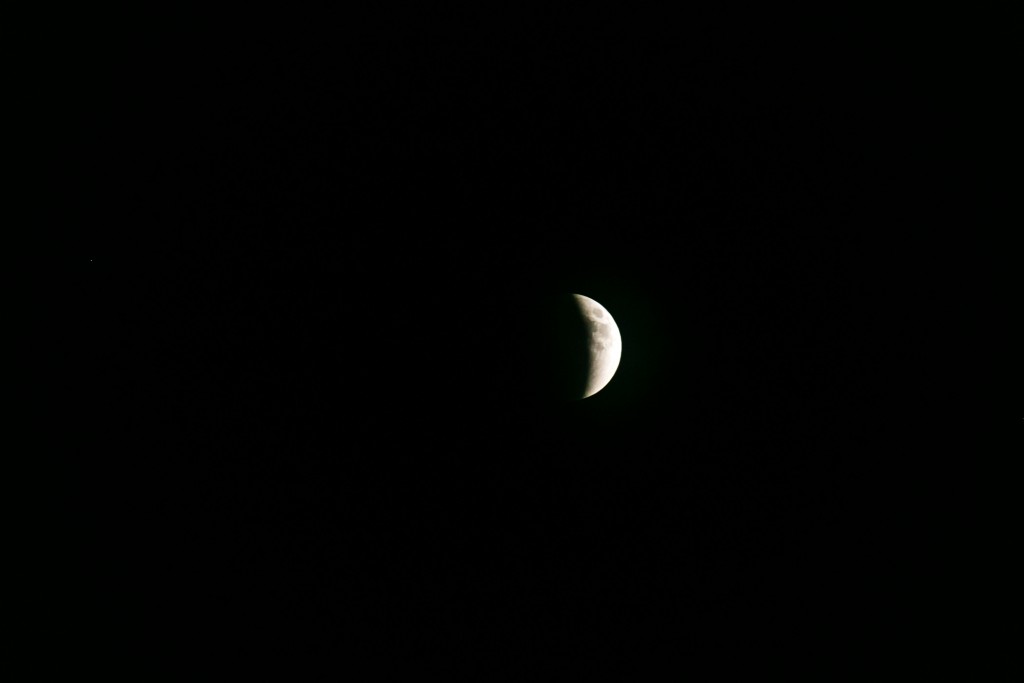 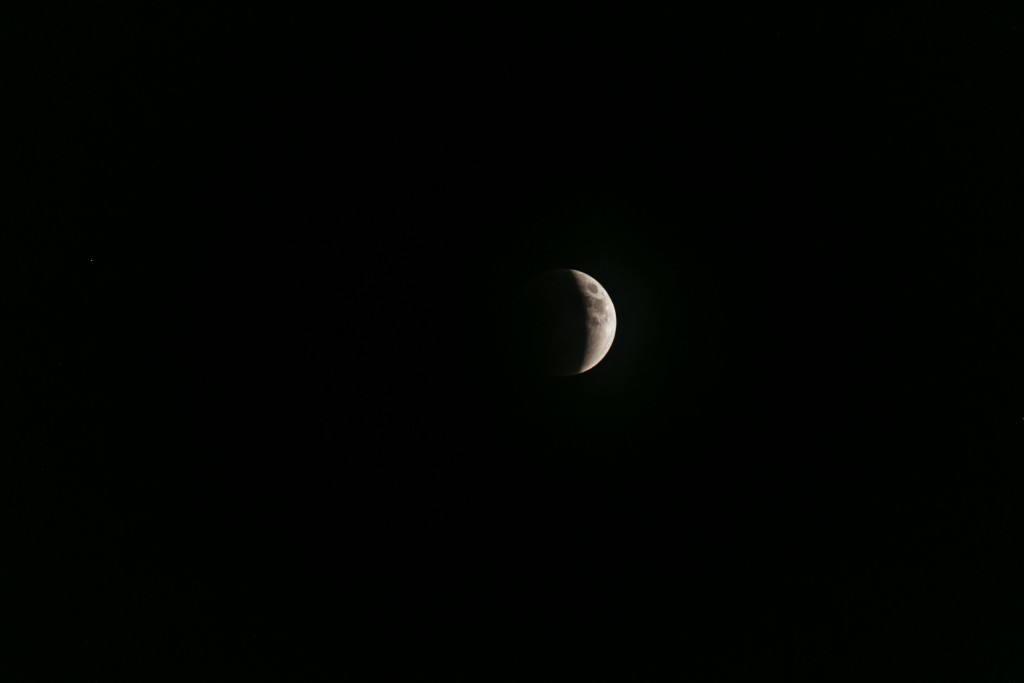 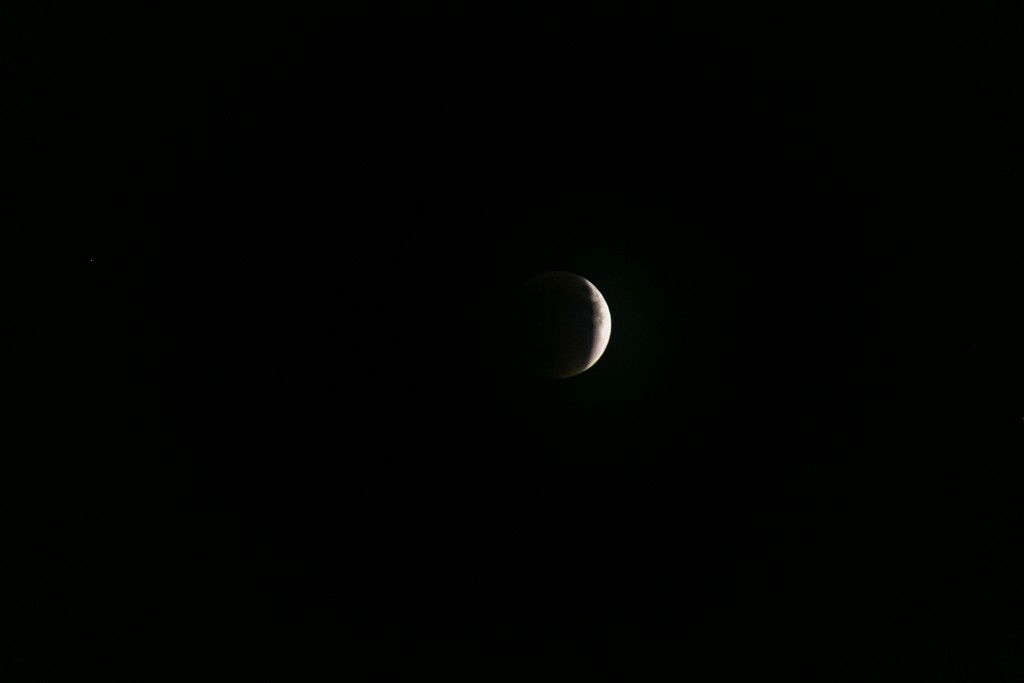 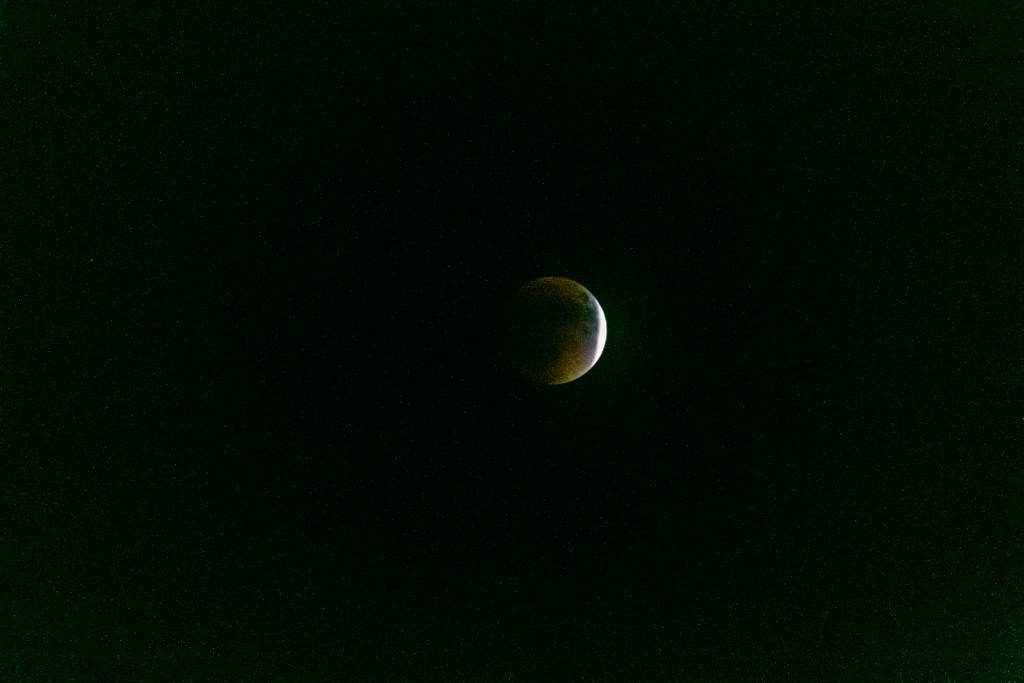 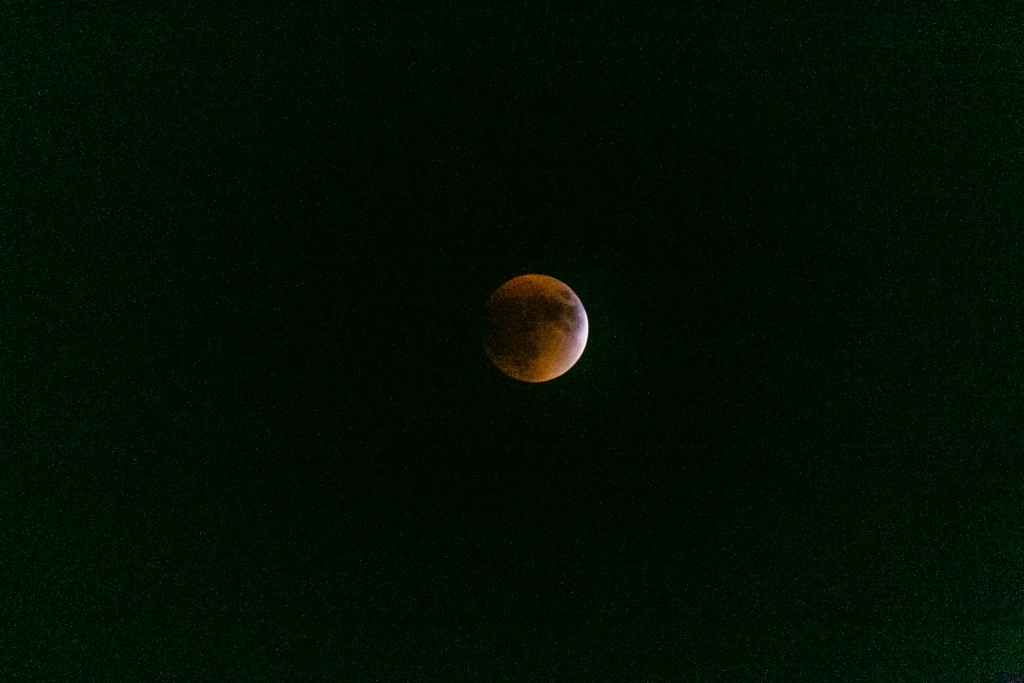 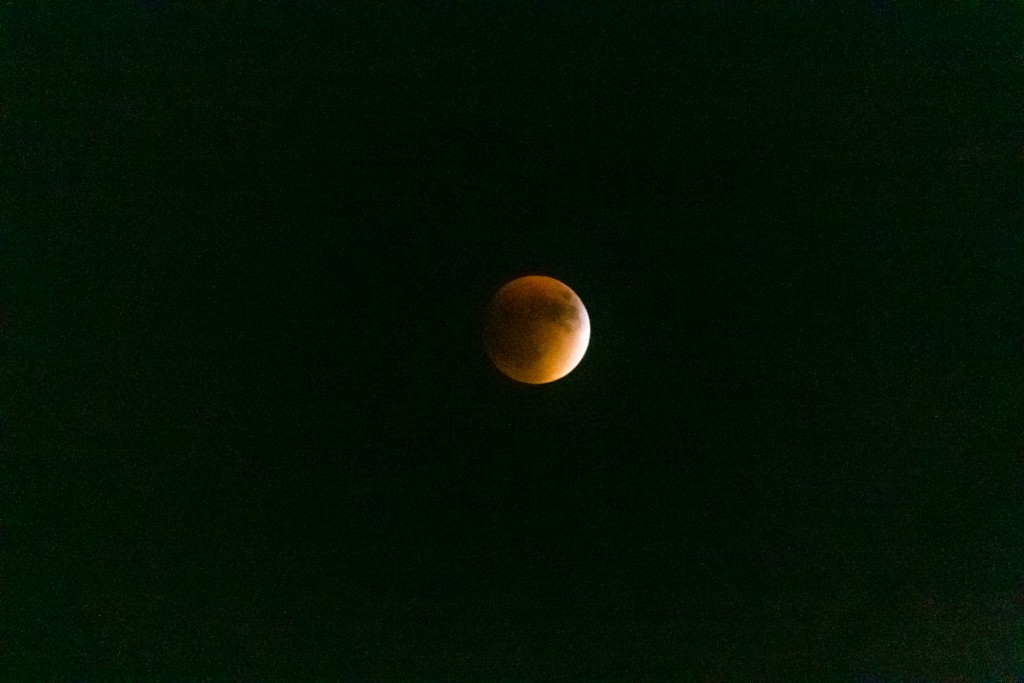 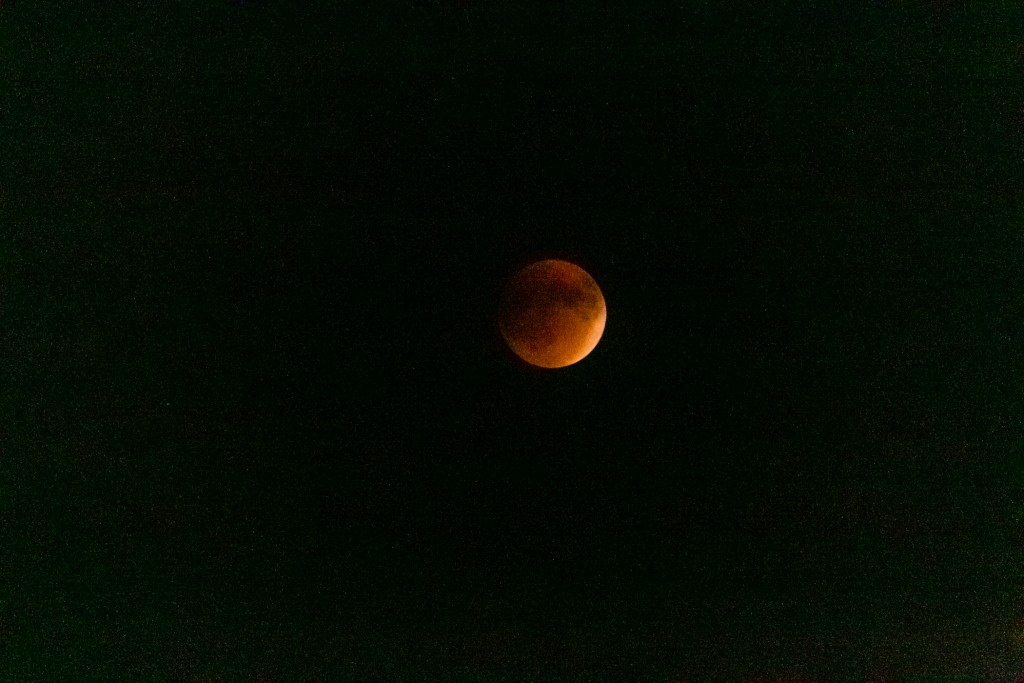 we turned last night’s super moon/lunar eclipse into a family affair.  tripp, kelsey, and i camped out on the deck of our garage apartment where we had a great view of the moon. and even though i don’t have legit nighttime photography gear, i was able to capture some pretty decent photos which was super exciting.

#1.  the eclipse (the earth moving in between the moon and the sun and casting its shadow on the moon) took place on a full moon.

#2.  the eclipse took place during a super moon (when the moon is at its closest distance to earth during its orbit)

#3.  this full/super moon lunar eclipse hasn’t happened in over 30 years and won’t happen again for another 15 years.

while at it’s maximum eclipse, the light of the sun is refracted by the earth’s atmosphere…this is what’s responsible for the orange/red hue of the moon.  this is why they call it a blood moon. 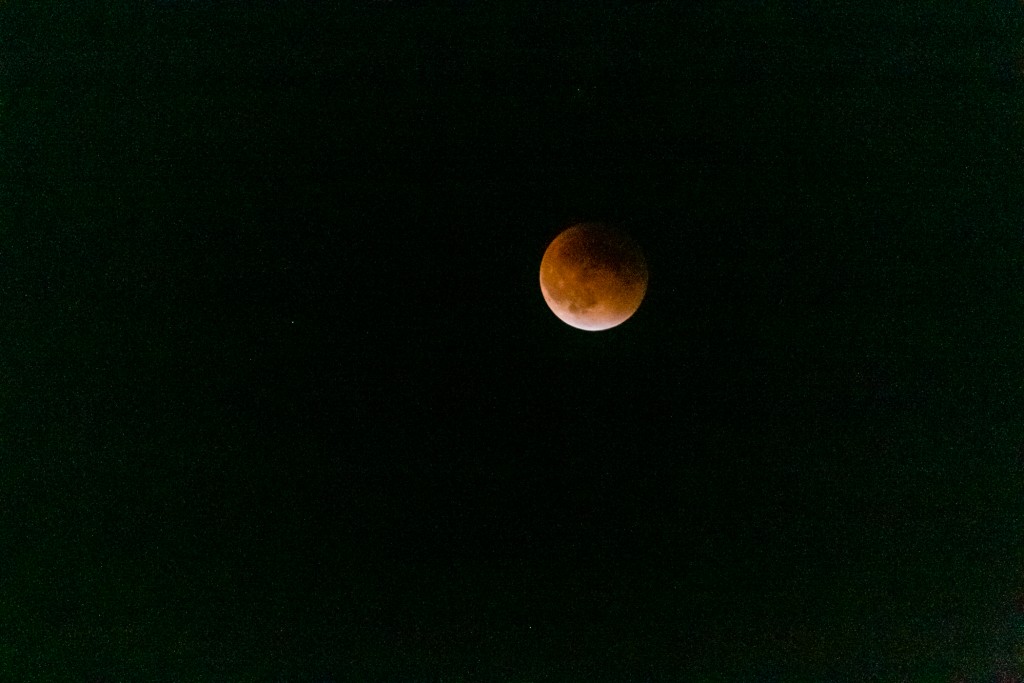 Yesterday I had the surreal experience of seeing a